Chief Justice John Roberts sided with Liberals on the Supreme Court and ruled in a 5-4 decision that restrictions on church attendance during the coronavirus pandemic can be left in place.  It’s a 1st Amendment loss.

South Bay United Pentecostal Church in Chula Vista, California filed an emergency appeal to the Supreme Court challenging the state requirement against church attendance and requesting an injunction against enforcement of the restriction. They cited that their 1st Amendment rights to Freedom of Religion were being curtailed. Their attendance has been reported as around 200-300 people per service, according to Fox. Note that the church had agreed to follow CDC guidelines, maintain social distancing, and hygiene practices.

The full decision is at this link from Politico.

Justice Roberts, siding with the liberals on the court, wrote in part:

Although California’s guidelines place restrictions on places of worship, those restrictions appear consistent with the Free Exercise Clause of the First Amendment. Similar or more severe restrictions apply to comparable secular gatherings, including lectures, concerts, movie showings, spectator sports, and theatrical performances, where large
groups of people gather in close proximity for extended periods of time. And the Order exempts or treats more leniently only dissimilar activities, such as operating grocery stores, banks, and laundromats, in which people neither
congregate in large groups nor remain in close proximity for extended periods.
The precise question of when restrictions on particular social activities should be lifted during the pandemic is a dynamic and fact-intensive matter subject to reasonable disagreement. Our Constitution principally entrusts “[t]he
safety and the health of the people” to the politically accountable officials of the States “to guard and protect.”

Conservatives dissent – they would have granted the church request

Justice Brett Kavanaugh, in conjunction with the Conservatives, wrote the dissenting opinion, which reads in part:

What California needs is a compelling justification for distinguishing between (i) religious worship services and (ii) the litany of other secular businesses that are not subject to an occupancy cap.
California has not shown such a justification. The
Church has agreed to abide by the State’s rules that apply to comparable secular businesses. That raises important questions: “Assuming all of the same precautions are taken, why can someone safely walk down a grocery store aisle but not a pew? And why can someone safely interact with a brave deliverywoman but not with a stoic minister?”

The Church and its congregants simply want to be
treated equally to comparable secular businesses. California already trusts its residents and any number of businesses to adhere to proper social distancing and hygiene practices. The State cannot “assume the worst when people go to worship but assume the best when people go to work or go about the rest of their daily lives in permitted social
settings.” Ibid.
California has ample options that would allow it to combat the spread of COVID–19 without  discriminating against religion. The State could “insist that the congregants adhere to social-distancing and other health requirements and leave it at that—just as the Governor has done
for comparable secular activities.”

Two churches in the Chicago area had also filed an  emergency appeal that was rejected by the court. Governor Pritzker changed his order from 10 people per service to allow up to 100 people to attend services. There was no dissent.

Chief Justice Roberts has sided with liberals on occasion. As we have previously reported, in the name of a virus, your Constitutional rights disappear. And it appears that Chief Justice Roberts thinks that officials are always prone to “protecting” your safety based on “changing facts on the ground.” That’s an incorrect assumption. This ruling is a 1st Amendment loss. 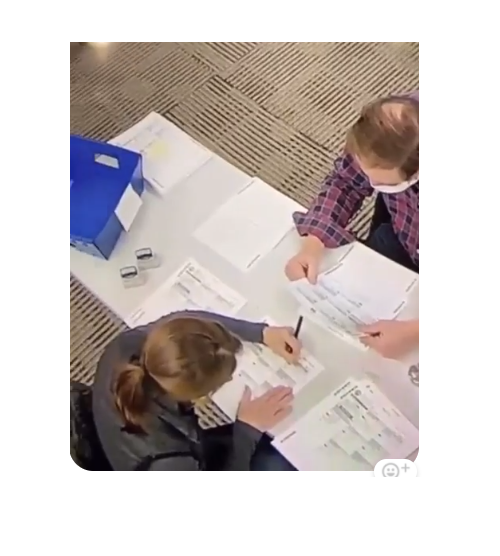 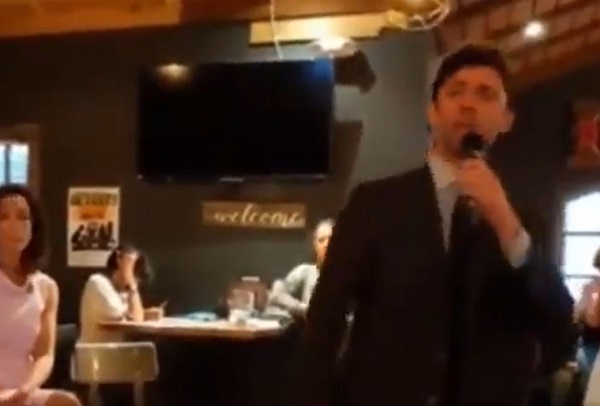 Video of the Day: Georgia Dem wants to make it so Republicans, Trump supporters ‘never show their faces again’ in public