What we are witnessing right now is not even close to “normal”.  I know that I have been making a lot of statements like that lately, but it is undeniable that some very strange things are happening.  For example, over the past couple of years I have been consistently warning that global weather patterns were starting to go completely nuts, and at first there were some people that didn’t believe me.  But now nobody can deny that global weather patterns have become really, really weird

At this moment, the Northwest is being slammed by a “heat dome” that is absolutely unprecedented.  In the past, there have been times when the weather has gotten really hot and a city or two may set a new high temperature record for a particular date, but this week we are seeing city after city shatter their all-time records for hottest temperature ever recorded on any date.  We have never seen anything like this before, and hopefully this does not become “the new normal”.

The heat wave baking the U.S. Pacific Northwest and British Columbia, Canada, is of an intensity never recorded by modern humans. By one measure it is more rare than a once in a 1,000 year event — which means that if you could live in this particular spot for 1,000 years, you’d likely only experience a heat dome like this once, if ever.

#2 CBS News Meteorologist Jeff Berardelli is reporting that there is only a “1/10,000+ chance” that a heat dome of this magnitude could form over the Northwest…

To put climate extremes into perspective we measure against the average. The sigma is the standard deviation of a normal distribution of expected values. In this case the heat dome sigma max is 4.4 – that means it’s outside of 99.99% of expected values or a 1/10,000+ chance

#3 The hottest temperature ever recorded in Portland, Oregon prior to this heatwave was 107 degrees.  On Saturday, the high temperature in the city was 108.

#4 On Sunday, the high temperature in Portland reached 112 degrees.  That broke the all-time record that was set just the day before by 4 degrees.

#5 Conditions were so hot in Portland on Sunday that it was actually “melting streetcar power cables”.

#6 It was being projected that the high temperature in Portland would hit 113 degrees on Monday.  That would be the third day in a row that a new all-time record was set.

#7 Prior to this heatwave, the hottest that it had ever been in Eugene, Oregon was 108 degrees.  On Sunday, the high temperature was 111 degrees.

#8 Prior to this heatwave, the hottest that it had ever been in Salem, Oregon was 108 degrees.  On Sunday, the high temperature was 113 degrees.

#9 Prior to this heatwave, the hottest that it had ever been in Vancouver, Washington was 108 degrees.  On Sunday, the high temperature was 112 degrees.

#10 Things were cooler in Seattle, but the Emerald City still hit a brand new all-time record high temperature of 104 degrees on Sunday.

#11 On Monday, it was being projected that the high temperature in Seattle would reach 111 degrees.  That would break the new all-time record that was set on Sunday by 7 full degrees.

#12 In Everson, Washington the weather is so hot that it is causing sidewalks and roads to warp and buckle…

In Everson, Washington, located about 100 miles north of Seattle, the heat proved so extreme that roads and sidewalks buckled. State officers shared photos of the cracked roadways, which rendered the streets unsafe and caused detours.

In Yakima, located in the southeastern portion of the state, other Twitter users shared photos of sidewalks buckling under the heat and popping out of the ground.

Dr. Kristie Ebi, a professor at the University of Washington, told AccuWeather National Reporter Bill Wadell that she was particularly concerned for high-risk residents of the area, such as the elderly.

“We’re well under 50% of people who have access to air conditioning,” she said. “I was quite surprised a couple of years ago when we had a heat wave…I was the only one who had air conditioning, no one else did.”

#14 Incredibly, the weather is even hotter north of the border.  On Sunday, the city of Lytton in British Columbia actually recorded the hottest temperature in the history of Canada…

On Sunday, Lytton, British Columbia, recorded the highest temperature ever in Canada’s history as the thermometer soared to 116 F (46.6 C). The previous record for all of Canada was 113 F (45 C), set on July 5, 1937, in Midale and Yellowgrass, Saskatchewan.

This is completely and totally removed from any definition of “normal” that you would like to come up with.

Our leaders insist that we can make this all go away if we just change our approach to the environment, but they are dead wrong.

The truth is that our entire planet is dramatically changing, and what we have experienced so far is just the beginning.

Weather conditions are expected to remain very hot throughout the rest of the summer here in the United States, and very hot weather usually means a high level of violence in our cities.

Sadly, that is exactly what is happening, and this past weekend in Chicago was particularly bloody…

Even after for months running Chicago has typically seen many consecutive weekends with some 40 shootings every Saturday and Sunday, this weekend’s numbers have reached truly staggering new heights, with at least 77 people shot by Sunday night, including five killed.

Local Chicago news has noted further that seven of the surviving victims are minors of 17-years old or younger. From Saturday night, news of shootings came in so rapidly that police and reporters struggled to keep a tally, with Chicago PD citing 55 wounded across the city by Sunday evening.

Unfortunately, everyone agrees that a whole lot more violence is coming.

Our entire society is in the process of melting down all around us, and bizarre weather is not going to help matters.

But for now, the mainstream media continues to tell everyone that everything is going to turn out just fine somehow, and so most people are still deep in a state of blissful denial. 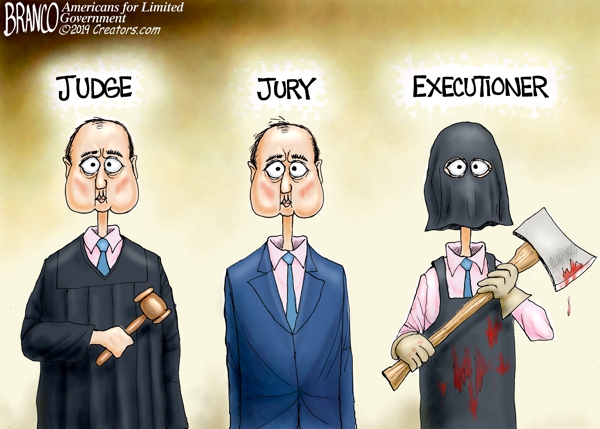 Cartoon of the Day: Shiffty Justice 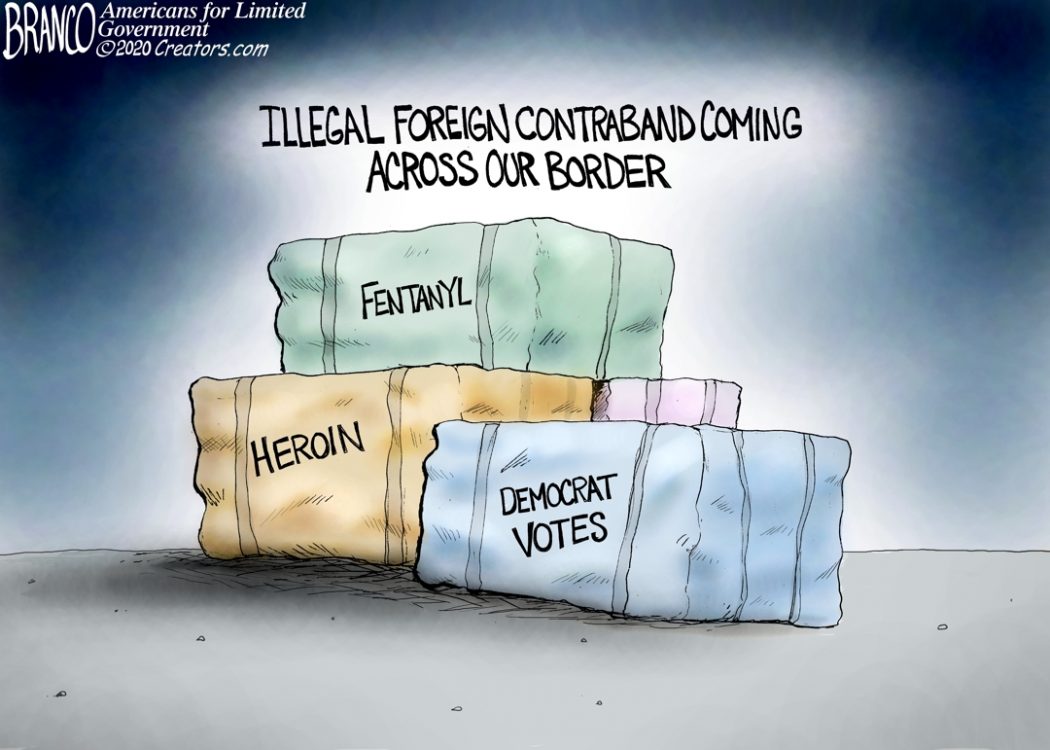 Cartoon of the Day: Illegal Contraband 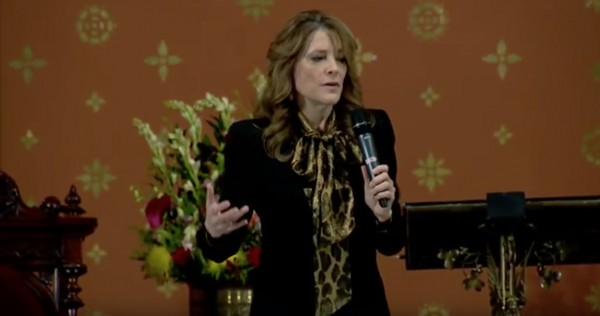 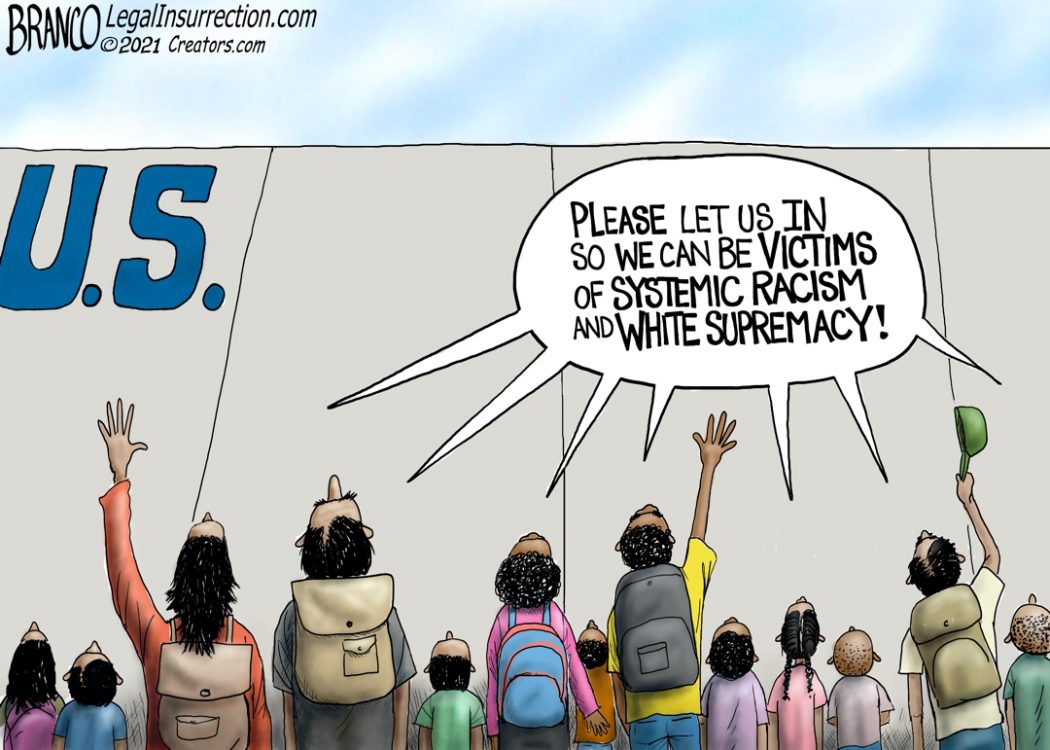 Cartoon of the Day: Immigrating Masochists