“Indifference to evil is more insidious than evil itself; it is more universal, more contagious, more dangerous. A silent justification, it makes possible an evil erupting as an exception, becoming the rule, and in turn being accepted.”
– Rabbi Abraham Heschel, from his book ‘The Insecurity of Freedom,’ page 92

Indifference as Christians are being exterminated…YES exterminated…all over the Middle East and Africa and our president, who professes to be a Christian, does NOTHING. In fact, Iran has been holding an American pastor and one of our Marines for years yet our president did NOT include their release as part of the now infamous Iranian nuclear ‘framework’ deal. And while some religious leaders here in America are concerned about the fate of their fellow Christian brothers and sisters, for the most part too many remain silent and do and say NOTHING. Sad isn’t it

And as Christians are being slaughtered Jews are being attacked in Europe and suicide attacks have increased in Israel…with Israel in the direct line of fire in regards to the ‘framework’ deal. But the big difference is that Israel’s leader, Prime Minister Benjamin Netanyahu, is loudly speaking out every chance and everywhere he can along with insisting that retaliation for those caught killing Jews comes swiftly. When Netanyahu says ‘NEVER AGAIN’ he means ‘NEVER AGAIN’ as the Jews…as Israel…will NOT go silently to slaughter…will NOT go…period.

So while Netanyahu works hard to protect Israel and the Jews…NO matter the alarms sounded…Christians and their leaders NOT only here in America but worldwide still do NOT a thing…still lift NOT a finger…to help their brothers and sisters in Christ.

And why…because here in America…Christians…especially ‘some’ of the always vocal in-your-face Evangelical ‘it’s-my-way-or-NO-way’ Christians…are much more concerned about wedding cakes and pizza than they are about Christian blood being spilled…about Christians being burned alive…about Christians being beheaded. And with priorities being cleverly crafted and deliberately manipulated by the Obama-controlled media to divert and deflect America’s Christians away from what should be paramount in importance onto things that affect but a few…like the proverbial ‘lambs to the slaughter’…the ubber religious far-right is sadly buying into the media fodder. And they are adding to that fodder with indiscretions of their own…indiscretions that to some degree unfortunately parallel that of the islamists but with their weapon of choice being ‘words’…and ‘words’ sometimes can be mightier than the sword.

‘Words’ that are both divisive and dividing…’words’ that have also caused a rift between certain branches of America’s Christian denominations and the Roman Catholic denomination…both followers of what is Christianity. And these ‘words’ said help to mask the suffering that should be within plain sight…that should be bringing Christians together NOT dividing them. Divisive and dividing ‘words’ between denominations that are believers in Christ yet who are at odds with each over dogma…over dogma involving how one worships Jesus whom both believe is the Son of God and whom both believe died for our sins. And this ‘war’ of sorts has now spilled over into our political landscape and NOT in a good way for the ubber religious far-right…as in certain Evangelical denominations…cannot accept that they are NOT the end-all and be-all NOT only in the acceptance of Christ but also in how religion should or should NOT be part of America’s political landscape. And the damage they do with their ‘words’ and with their misguided focus helps to keep the horrific plight of their ‘fellows in Christ’ buried deep within the brouhaha over wedding cakes and pizza.

And as ‘some’ of the ubber religious far-right tries to dominate and takeover all things political with their said faith and beliefs…and as they try to get those beliefs into the halls of what should be a secular American government and jurisprudence…their ‘words’ and actions dangerously cross over into violation of others ‘freedom of speech’ for these folks relish in using partisan politics as a way to try and coerce and control the country’s mind-speak.

Leading the ‘hate brigade’…just like the very vocal minority of black racist and haters profess to speak for all blacks…the ubber religious far-right’s championing of the anti-gay agenda has them forgetting that our Declaration of Independence clearly states that “all men are created equal”….’all men’. And this has them actually aiding the media in their ‘divert and deflect’ strategy that takes eyes away from the Christian genocide happening half a world away…a genocide that should be consuming all Christian pulpits and pews in each and every church in America…but isn’t.

Divert and deflect as the ubber religious far-right forgets that their looking away to some coupled with their hatred of some others will NOT matter if…or should I say when…World War III is upon us. And their loud and deafening silence despite their knowing well a truth that the Jewish people understand better than most…the truth about the genocide of Middle East and African Christians…these folks instead still choose to focus on social issues that belong to the states and have NO business being on the national level.

And when you add in certain religious aspects to their silence… that help them adhere to that silence…like certain alliances (Russia, Syria, and Iran) being the fulfillment of Ezekiel 38-39 (which tells of a future invasion of Israel by a coalition of nations that surround them)…and with their belief that the world will soon come under the auspices of a one-world government with the Middle East becoming awash in fire and blood…’some’ of the ubber religious far-right Christians really believe this is the way God intended it to be and that they have NO business interfering with God’s will. And sadly that means they, for the most part, remain silent as Middle East and African Christians…who are NOT their specific ‘cup of tea’ Christians…are left on their own to fend for themselves…for the ubber religious far-right Christians tend to believe that the world is best left to the devil and that they are to sit back and watch the ground burn even as Christian blood is spilled, while they await their escape to Heaven through divine ‘teleportation’ as ‘some’ of them call it.

And as our in-the-pocket-of-Obama media works in silence to keep from the public that they are working in tandem with ‘some’ of the ubber religious far-right’s leaders…with both being more concerned how America’s muslims will respond to these acts of muslim islamic savagery instead of caring about the Christian victims of said muslim islamic savagery. And they willingly hold demonstrations over the deaths of Palestinians while remaining silent as the U.N. condemns Israel for defending itself against these very same muslim islamic savages. So as this slaughter is met with relative indifference…the ubber religious far-right leaders barely acknowledged when Pope Francis said of the atrocities being perpetrated upon the Middle East and African Christians that, “They are our martyrs of today, and they are many. We can say that they are more numerous than in the first centuries,” making their silence scream louder than ever.

And as these religious leaders work in tandem with the media work to speak out against anti-muslim prejudice mere cursory attention is given to the Christian blood being spilled…except for showing the occasional picture or video of beheadings and crucifixions for shock value…for shock value that sells papers and drives ratings up…thus allowing those on the ubber religious far-right to bury their heads in the sand for they believe if they don’t see it…if they don’t acknowledge it…it is NOT happening.

And what makes this even sadder is that a few years ago when terrorist attacks on Middle East and African Christians began in earnest, Congressman Frank Wolf (R-VA) wrote a letter to 300 Catholic, Protestant, and Evangelical leaders complaining about their lack of action in regards to the slaughter. “Can you, as a leader in the church, help?” he wrote. “Are you pained by these accounts of persecution? Will you use your sphere of influence to raise the profile of this issue—be it through a sermon, writing or media interview?” he asked.

Few religious leaders even bothered to respond to Wolf’s letter even though he and Congresswoman Anna Eshoo (D-CA) had sponsored legislation in 2012 to create a special envoy at the State Department to advocate for religious minorities in the Middle East, South-Central Asia, and Africa. And while it passed in the House it died a sad death in the then Democratic controlled Senate and has NOT been brought back.

Died a sad death as most religious leaders…both from the ubber religious Evangelical far-right ‘it’s-my-way-or NO-way’ denominations and also from the more main-stream denominations…close their eyes and look away as fellow Christian blood continues to be spilled at the hands of those out to kill us all.

So for now it seems that only the Jewish people truly understand what can happen when the world is silent…when religious leaders are silent…when people ‘supposedly’ of good conscious are silent…and the words ‘NEVER AGAIN’ become the calling card of all who willingly remain silent. And that is indeed the saddest thing of all.

Today, Wednesday, April 8th, on RIGHT SIDE PATRIOTS on CPR Worldwide Media from 2 to 4pm EST, Craig and Diane will discuss Iran, the ubber religious far-right…so far to the right they shake hands with the left…and what Obama perceives as threats to this country. 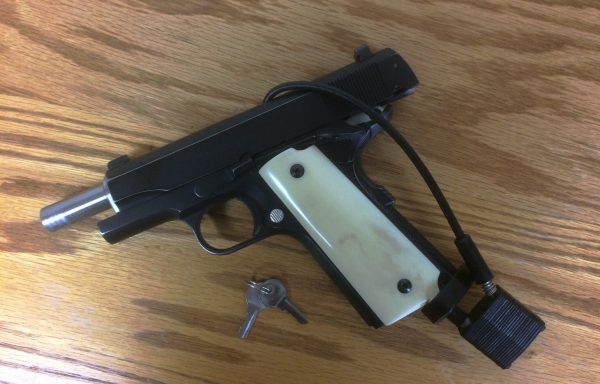 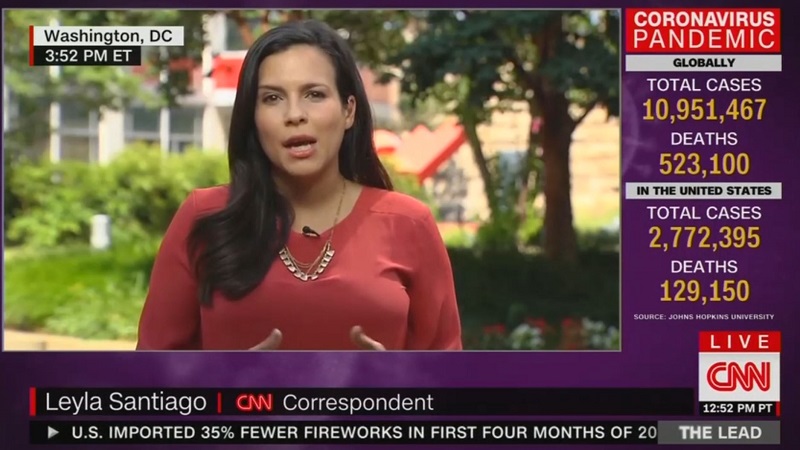 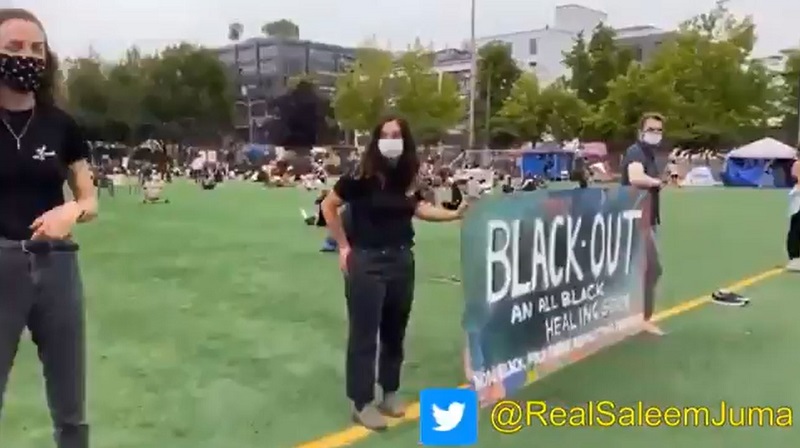